After a successful tour of mainland Europe, White Cowbell Oklahoma hit the UK with a one-off gig in Camden's Barfly. This Canadian band had to leave their heavy duty equipment behind in Germany, so we did not get to experience the full-on chainsaw/grinder accompaniment, seeing just a few sparks fly on stage instead, but it was still a great show.

The drums were hit hard and fast, the bass thundered, the guitars reverbed and rocked through the entire set. Oh, and the cowbell has seven shades of s#!! knocked out of it! The whole pace was frenetic and the music was LOUD! They were a punk version of Lynyrd Skynyrd and Camden certainly seemed to appreciate them.

After our ears stopped ringing, we met up with a couple of the band members in a watering hold around the corner which was a lovely close to the night (we left them partying to the wee small hours!). 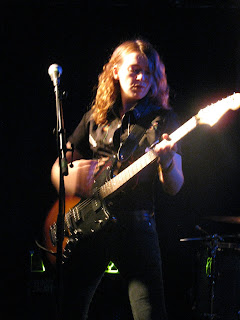 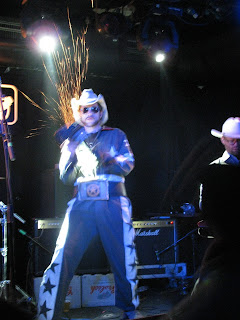 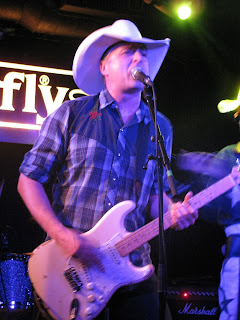 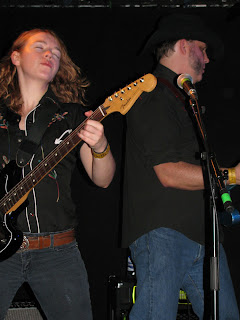 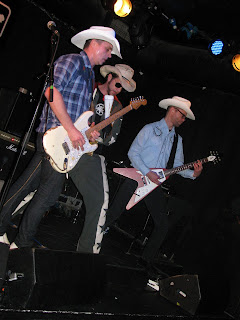 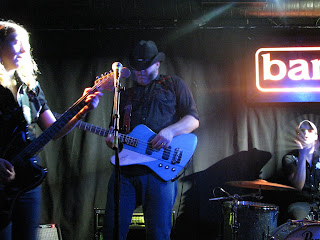