ME FIRST & THE GIMMEE GIMMEES

There were 2 acts on the bill before Me First & The Gimmee Gimmees graced the stage. The first was a punk rock band where the guitarist/vocalist infuriated us by changing his guitar after EVERY song. Afterwards we were told it was due to the fact the guitar had to be tuned differently for every song. Funny that, we thought - each song sounded EXACTLY the same and by the way, the lead guitarist didn't have to detune his guitar!!

Next up was a crowd pleasing band, Masked Intruder with a guy dressed as a camp US police officer, who constantly harangued the audience as part of his act, until finally ripping off his uniform to be left with not much more than a Borat swimsuit.

Watching from the balcony, it made us appreciate not being down on the floor. It was absolute mayhem, and felt as if things could kick off at any second.


Thankfully is was a bit different when Me First and the Gimme Gimmes came on. Opening with Gershwin's "Summertime", things went from strength to strength for the rest of the night. If you don't know the band, they do punked up versions of famous songs, making them all their own. A great fun band into the bargain. 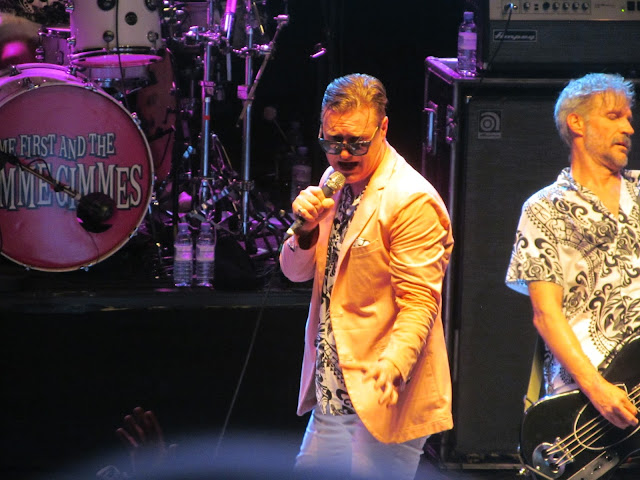 We had songs as diverse as "Me and Julio Down by the Schoolyard", "Sloop John B", "Mandy" and "Crazy For You". Endless fun all night. The set finished with a song you don't hear many people doing, Mike Nesmith's "Different Drum". 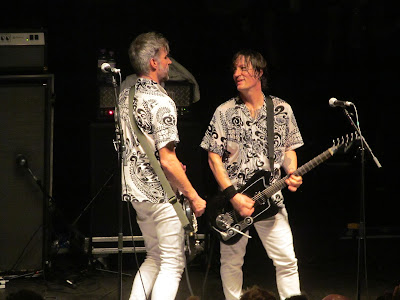 For the encore we had a German version of Bowie's "Heroes", " a crowd singalong "All My Loving", "I Will Survive", "Jolene" and finally, one of their very best, a blistering version of Boyz II Men's "End Of The Road".

These guys make for such a fantastic night out, not just for the music, but they really are very funny too. Not the sort of gig we would want to ever miss. Do catch them if you get the chance. 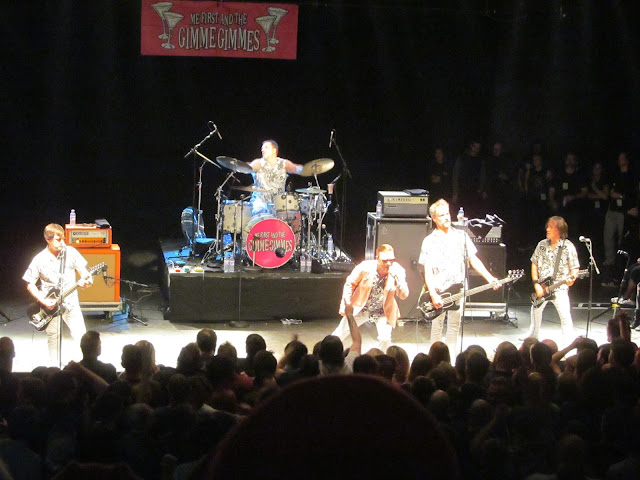 This was a chance for The Beeb to catch up with a local Coatbridge accent. Pete has been ploughing his furrow for a few years now, both at home and in LA. With a couple of fine albums under his belt, this was an opportunity to catch him playing alongside Steve Craddock, guitarist for Paul Weller's band, and Ocean Colour Scene.

This was our first visit to the Water Rats, and it certainly makes for a really nice, intimate venue. It is a pub with an excellent musical history by all accounts. Bob Dylan's first UK gig, and the first London gig for Oasis was here too.

The support act, Kascarade, from Bradford were really impressive. All the songs seemed to be fit for stadium sing-a-longs. Having siblings in the band really helped when it came to harmonies. The whole band had personality too and their set was really good. It's been a while since we were so impressed with a support band, but these guys were just great.

After a short break, Pete took to the stage with Steve Craddock. With two acoustic guitars, we got a well blended acoustic set which sounded great.

Pete has two great albums out "Rolling Stone" and "Crestfallen". "Let It Shine" and the title track from "Rolling Stone" being particularly strong songs. This was an excellent set from two accomplished musicians, and we look forward to catching Pete again with a full band.