We arrived at Birmingham’s O2 Institute before the doors were due to open (the consequence of un-allocated seating) and were dismayed to find a rather long queue ahead of us. We were also a bit puzzled as many in the queue were teenagers…… we could breathe a sigh of relief as the 02 Academy is made up of 3 venues and the youngsters were going to a different gig!

Inside at last, and we bagged front row seats in the circle, just left of centre – not a bad view.  Someone had forgotten to pay the utilities bill as the place was freezing – a lot of the audience kept their coats on throughout, even when the venue started to fill up.

The support act were a young local rock group who had some support in the way of family members. Despite a huge array of pedals, the lead guitarist managed only one sound on his guitar – noise! We did not really enjoy them at all, and to be honest they did seem a bit of an odd choice to support the more melodic Teenage Fan Club.

A quick interval and then the stage was graced by Teenage Fan Club, a band that has survived since the 90’s, and whose members are intrinsically linked to just every musician we know from Glasgow! It is difficult for the band to get together as they live in different parts of the world, so this opportunity to see them live was one not to be missed.

There were some sound issues – not sure if the band heard it, but the mix was not really right – the guitars were way too heavy and the vocals were quite muddy for the majority of the time, and only really audible once you had at least two of the band joining in.

Being in the balcony, you get a great view not only of the stage but of the audience downstairs too… and they were really up for the gig. Highlights came with the likes of "Baby Lee", "I'm In Love" and "Sparky's Dream". “The Concept” ended the main set and really had the whole place singing along.

We did have the clown drunks in the balcony not far from us, who refused to take heed of security’s warnings and kept dancing on the stairs, sloshing beer all over the poor sods that were sat on the end of the rows. We were always on “alert” as we felt someone was going to kick off at them!!

A great gig, apart from some dodgy sound issues, but certainly worth the journey to see them. 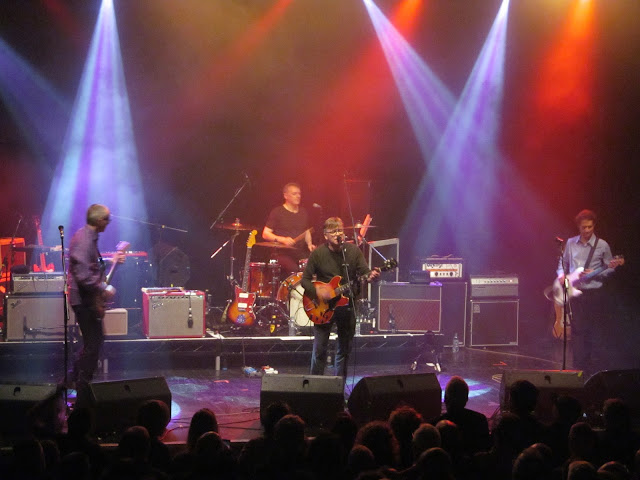