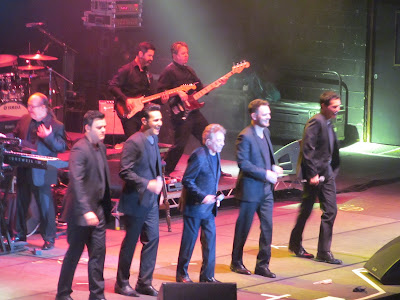 We missed out on tickets when Frankie played The Royal Albert Hall last year, so  we jumped at this opportunity to see him in the Bournemouth International Centre, and made a full weekend of it on the sunshine coast of England!

This was billed as a Greatest Hits tour, and you do forget just how many hits Frankie Valli & The Four Seasons actually had. The show opened with a short video  which charted Frankie’s musical career, and as it came to an end, Frankie came onto the stage to rapturous applause and immediately launched into “Who Loves You”.

His backing was from a full band, including trumpet, trombone and saxophone, 2 keyboards, drums, guitar, bass and four guys who sang wonderfully and did some co-ordinated dance moves throughout the whole show. You had the feeling these guys had been part of Jersey Boys at some stage, they looked and sounded the part!!! The Musical Director, Robbie Robinson, has been a Four Season in the past and was introduced as a “dear friend for the last 37 years”. Robbie was loving it all, and his enthusiasm was quite infectious.

We had heard rumours Valli’s voice is augmented through a special microphone so he could still hit those falsettos – it didn’t matter if that was the case. He did sound great and you could tell he wanted to deliver the best show he could - if this means a bit of technical support, that’s fine with us. There was not much time for chit chat, and indeed, the set was so slick there was hardly any chance for general banter between songs as he moved effortlessly through his back catalogue, working with his band like a well-oiled machine. 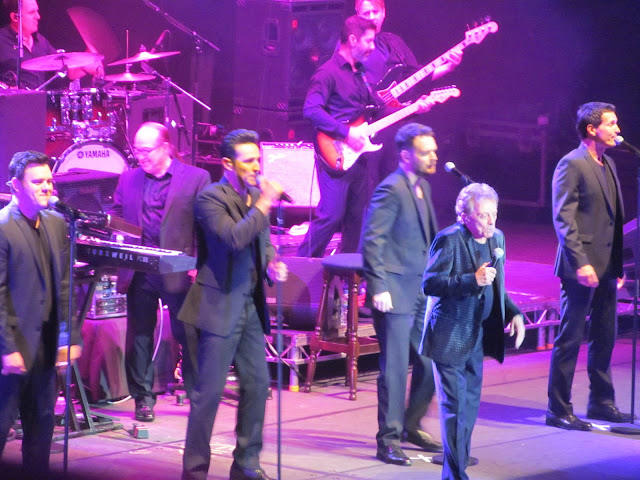 A few pairs of knickers were thrown onto the stage during the second half, something we reckon happens at all of his shows. During the band introductions, one of the four backing singers, pocketed a rather flimsy g-string that had been thrown!

The show lasted the best part of 2 hours without a break. That’s not bad going for a guy who is about to reach his 83rd birthday in a matter of weeks!!! His energy was similar to the Duracell Bunny, and even at the end of the show he had the energy to walk along the front of the stage and shake hands with everyone (and there were a lot) who had outstretched hands.

Highlights for us were "Save It For Me", “Silence Is Golden”, “Rag Doll”, “Bye Bye Baby (Goodbye)” amongst loads of other hits. “My Eyes Adored You” sounded brilliant, and “December 1963 (Oh What A Night) “ went down a storm and by the end up, the whole auditorium were on their feet, dancing and singing along.

A classic conversation took place with the family seated behind us.
Young guy "Is Aunt Jean coming tonight?"
Mum "No, she was asked but didn't want to come."
Young Guy "Why?"
Mum "She said she'd been to see The Jersey Boys" and that will do her!"

Oh what a night she missed! 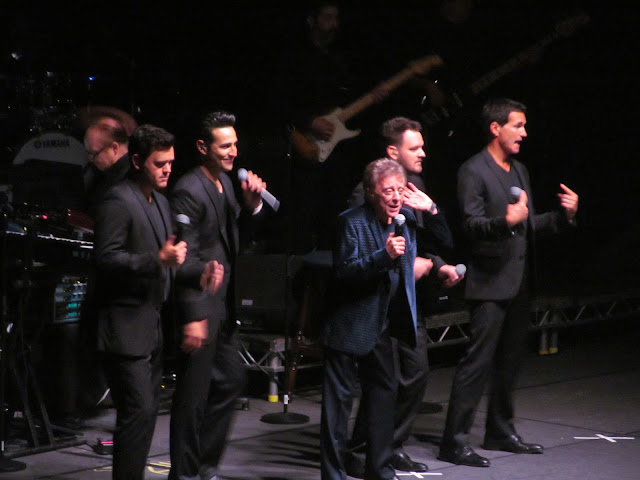 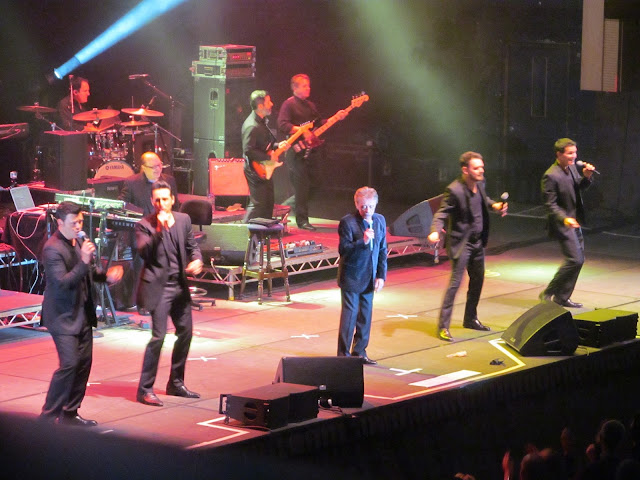 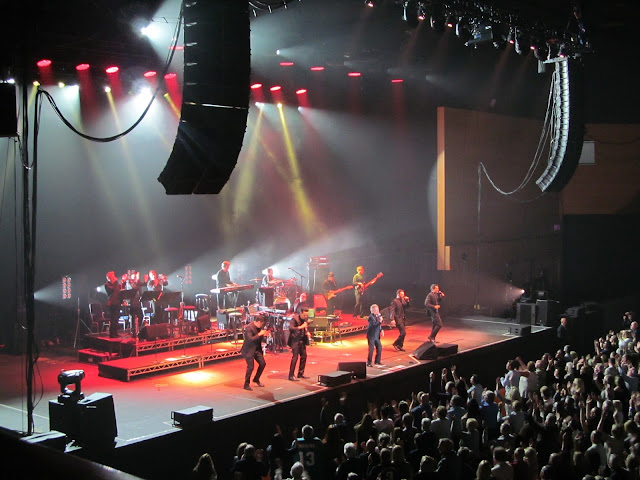