There are four or five bands we will travel a fair distance to see. The Fast Camels are one of those, and tonight’s gig was a 900 mile round trip, but also gave The Beeb a chance to go back to his beloved Glasgow!

The launch of their third album ”Tales of The Expected” is a big deal and we were delighted to be part of the celebrations at the ABC in Glasgow. 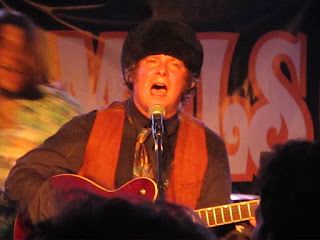 They played a blinding set which treated our ears to the tracks from the new album, alongside some of the old favourites – "Der Nazi Tea" being a staple favourite in their set.

The grunge of the guitars as the psychedelic chord progression which is their signature sound, superb vocals alongside a drum beat that would kill anyone other than the great Big Daddy Smythe and a mad percussionist who is in his element on stage! These are all ingredients of what was a terrific gig.

Their new album has been billed by the band themselves as a departure from their normal long psychedelic songs, in a bid to be more commercial. To be honest, although the new songs are a little shorter than their usual fayre, they have stayed true to their sound.

This band are tight – they have been friends for ages and we are pleased to have seen them play many times including a fair number of shows in their home town of Glasgow, every show being as good as, if not better than the last.

There was a good sized crowd that came out to support them tonight as well, with many finding their way across the street to Mango for the after show party! 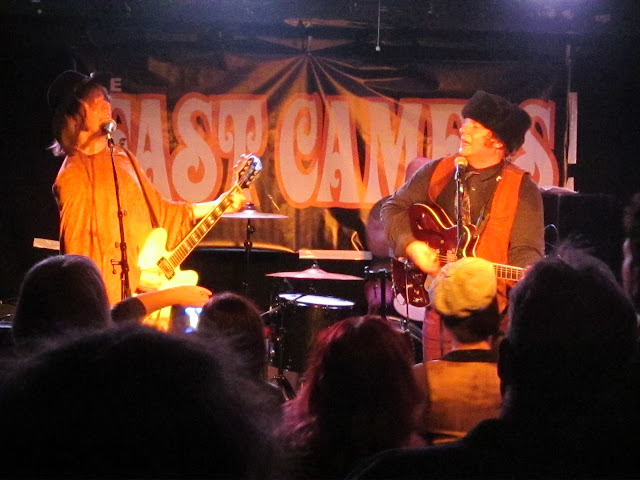 Check out their website here to keep up with all the news about The Fast Camels and buy their CDs and Vinyl too. You know you want to.

It is not very often we get the chance to see The Surfin’ Lungs in action on home soil as most of their gigs now are in Italy or Spain, headlining surf festivals. So the opportunity to see them play in Brighton was too good an opportunity to miss. Tonight was the launch of their new CD “Surf Factor 8”.

With support from Thee Sherbert Peardrop Explosion, who are a Psych Covers band made up of a Surfin Lung, a Squadron Leader, a Los Fantastico and Will who is a pretty darned good drummer, the night got off to a fine start. The Sherberts do have an authentic 60’s Psych look and sound and they powered through a set of Link Wray, The Standells and anything else from the 60's psychedelia era. Sounded brilliant.

The Surfin' Lungs took to the stage, wearing their trademark white trousers, surf shirts and converse shoes and delighted us with a set that took us on a tour of their 30 year old musical history mixing old and new numbers. Having already played the new CD a few times, the new songs were already quite familiar. A highlight was "Don't Take My Baby" which has a Spector inspired beat (can you tell Chris loves the Girl group era?) and Minty was delighted it was in the set along with her favourite instrumental track from them, "The Godfather" (just imagine Marlon Brando surfing!)

Their sound is very Brian Wilson meets The Ramones with a jam session with The Barracudas along the way. Fast paced at times, slow at others, rounded off with some great vocals and harmony. What is not to love about the kings of UK surf punk?

Lead vocals from Chris Pearce were brilliant, sounding very fresh, and the falsetto parts added by Steve Dean (who also plays Bass) were spot on. Clive Lung switched between guitar and keyboard, adding some great vocals and took the lead on some of the numbers. Ray? As well as providing solid backing vocals, he just beat the hell out of the drums as drummers do!!


Audience volumes were a bit down versus what we usually see, probably due to the fact we are at the peak of the holiday season but, which had the advantage of making the room a bit more airy and bearable.

A chance to chill in the bar downstairs afterwards with the guys rounded off a terrific night.