Tickets for Brian Setzer's Rockabilly Riot sold like hotcakes when the show was announced, being the only UK show on his tour and we were very lucky to be able to nab tickets. Unreserved seating on the Balcony meant getting there early to be first in line to get a good seat at the front! It was pouring with rain but this did not dampen any spirits. 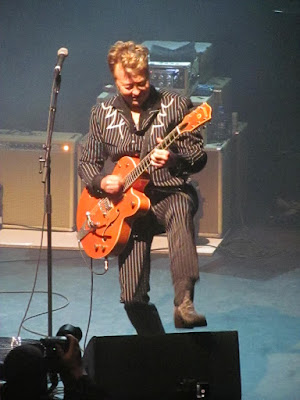 Brian Setzer is looking fit- a few pounds shed since we last saw him, dressed in a pinstriped suit and sporting his trademark blonde quiff he kicked off his London Rockabilly Riot with a Carl Perkins cover "Put Your Clothes On".


With a career spanning the best part of 30 years, there is no way you can cram all of the old favourites into a single gig, but the set was a really balanced mixture of covers, solo stuff and Stray Cats songs.


He was looking good, he was sounding great and his riot band of drummer, double bass player and a boogie woogie piano player were superb. He changed guitars a few times, from orange to black to green - all Gretsch as he powered through this blistering set. The Quiff had melted by the end of the show! 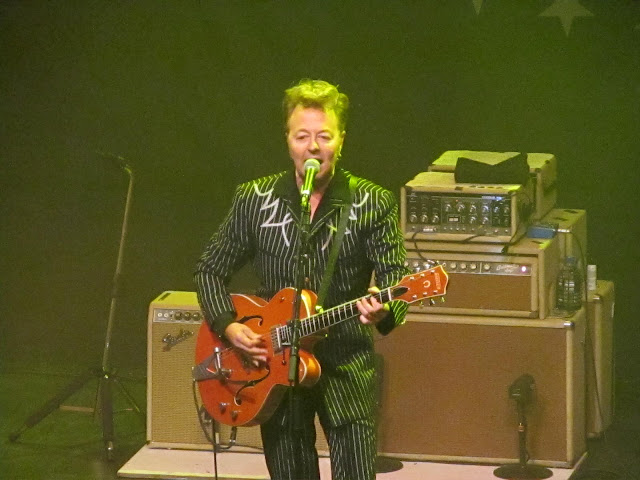 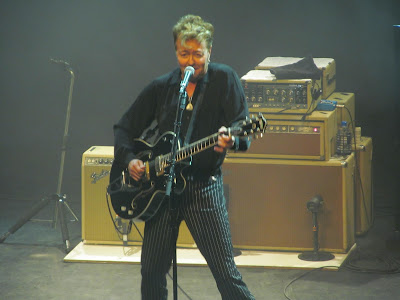 The encore included a great version of "Sleepwalk" and everytime we see Brian Setzer play this tune, it is always different as he adds his own twist to it. Tonight was no exception and you can see the video of this below. 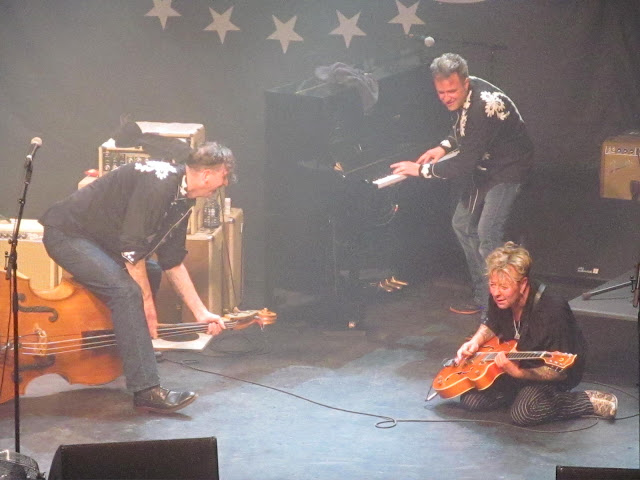