THE UNION GAP & THE FORTUNES 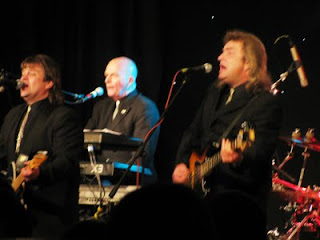 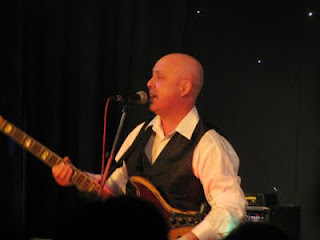 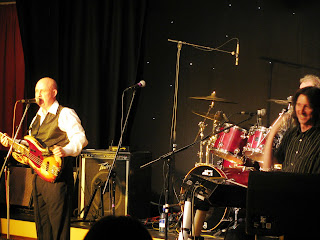 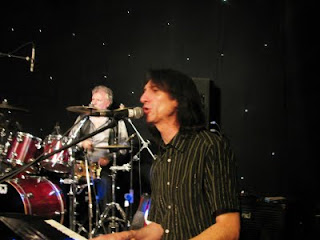 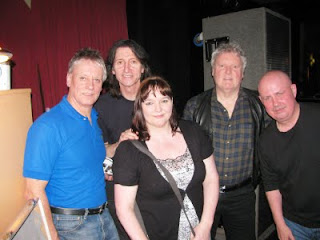 This “gig” was in fact, a girls weekend away, in a 3 bedroom lodge at Hoburne Naish Holiday Park on the south coast, and included 2 nights of cabaret. Just Minty along for the ride, no Beeb at this one.

On the Friday night, The Union Gap were performing in the club. We entered the room as Reg, the entertainments manager was in the middle of the 60’s music quiz. Too late to participate, we found a spare table, ordered our drinks and made ourselves comfortable.
Around 9pm, The Union Gap took to the stage after what was probably one of the longest introductions I’ve ever heard:- a Top 40 style recorded countdown, which covered many places in the chart before the No 5 chart position was announced, at which point the band struck up with one of the 2 hits I know of – “Lady Willpower”, but without Gary Puckett fronting the band, it didn’t sound like the version I was familiar with.

The rest of the first half of the show was filled with 60’s covers, including “Out Of Time”, “Flowers In the Rain”, “Great Balls Of Fire” and “Daydream Believer”. On their rendition of Runaway (and a bit of a Del Shannon medley tagged on the end) you could hardly hear the keyboard / organ being played (which is the soul of that song imho).
Overall, this was just a 60’s covers band, and a fairly poor quality one at that, trading on a name associated with a couple of hit singles. There was nothing to make this band stand out, and although some of the audience did get up and start dancing and jiving, the fairly lengthy song introductions and general banter from the band members meant any momentum they got going came to swift end at the end of each song as the audience sat down during the chit chat!

We retired to the bar at the interval and didn’t go back for the 2nd half.

Saturday night, and seizing the moment when the rain let up briefly, we crossed the mud laden park to the club for that night’s entertainment. Tonight we were settled at our table before the quiz, so we took part this time, eventually winning it after a head to head with another team! A sparkler and a washed old sock were our prize!

Around 9.30, The Fortunes took to the stage and started with “Here It Comes Again”, a cover of Dusty Springfield’s “I Just Don’t Know What To Do With Myself” and the Everly’s “Cryin’ In The Rain” which had a bit of a Moody Blues feel to it, with some effects from the keyboard. The keyboardist was introduced to the audience, Bob Jackson who had previously been with Badfinger, which led right into a Badfinger song, “No Matter What” and later in the set “Without You”. The audience were up on their feet, dancing for most of the time, and other highlights included “Here Comes The Sun”, “You’re My World”, “The Sun Ain’t Gonna Shine Anymore”, “You’ve Got Your Troubles” and as they came to the end of their set, the band reacted to audience calls of “more, more” were with “Wonder Of You” which had everyone waving their hands in the air and singing along. The final song really rocked, “Hold On Tight To Your Dreams” and ended a really jolly night.

Afterwards, the band made themselves available to sign copies of their CD and pose for pictures, which was a really nice gesture.

So, Saturday’s entertainment went down much better than Friday’s. The Fortunes really stood out as professional musicians, encouraged the audience and sounded very good, not only performing their own songs, but doing the covers too.
1 comment: 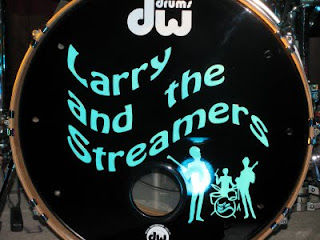 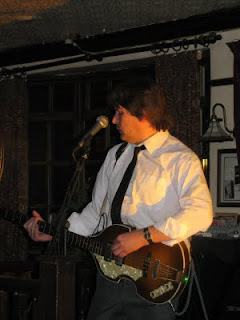 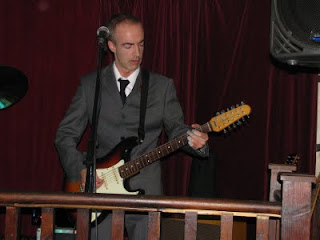 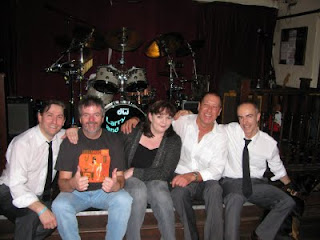 
Larry & The Streamers, a 3 piece (drums, guitar and bass) took to the stage not long after 9.30pm, and performed a blazing first set. Interspersed with whimsical and informative comments from Mark, the bass player, filling in background to the songs and song writers (Graham Gouldman featured a lot). Just some of the highlights of the first set were, “For Your Love”, “I Like It”, “Pictures of Lily” and “Waterloo Sunset” which, from the second the intro started, you knew it was going to sound great.

Their set list is not your standard covers fare. Although the bulk of the songs played were from the best British bands, like The Who, The Kinks, Beatles etc…there was also a healthy helping of lesser heard live covers like The Hollies and The Move. They also threw in some US hits, such as the Everly Brothers’ “Cathy’s Clown”, and Scott McKenzie’s “San Francisco” to name just two! This variety really gives the band an edge over other covers bands.

The Beeb’s 12 string Strat, “Twiggy” had her debut tonight, when Eddie, the guitarist tried it out on a few songs, starting with the jingly jangly “Mr Tambourine Man”, leading into “California Dreamin’” (including a stunning lead break) and then a reflection of the Kinks’ “Days”.

By the end of the first set, the floor in front of the stage were filled with some of the crowd jiving and dancing, some even dressing the part with quiffs and brothel creepers as though they were back in the late 50’s / early 60’s. It was obvious some of the audience were regulars who knew what to expect, and this helped create a great atmosphere in the venue.

The 2nd half started as the band meant to go on, straight into “Doo Wah Diddy” which had everyone up jiving again. And it stayed that way for the whole of the second half. Larry & The Streamers’ repertoire is vast and some of the highlights from the 2nd set were “Flowers in the Rain”, “Pretty Woman”, “Baby Come Back” which went seamlessly into “Glad All Over” and then into “Hold Tight” all of which sounded superb.

Even “Daydream Believer” had Minty singing along, and it was a shame when time was called just after mid-night, and after more than 2 hours playing, they ending with “Sunny Afternoon”.

These guys are consummate professionals, not only did they wear matching suits, but what really made them stand out from many other bands was that they didn’t need to hold a discussion about what to play next – and if they had a set list, it wasn’t on show anywhere. There were no mistakes, no false starts. Just pure entertainment and we thoroughly enjoyed every minute.
This was such a well prepared and thought out set, it really came across as a perfectly paced night of music.

Check out their MySpace page which lists their forthcoming gigs – these guys are in demand and are BUSY! After hearing them live, it’s easy to understand why.

And the customary round up about the venue and loos – the pub lends itself to live music, with a decent stage area and wooden floor with plenty of room around the stage. The staff were very friendly, and remembered our round! The loos….. Clean, the air hand dryers worked and there was still loo roll after 11 o’clock!