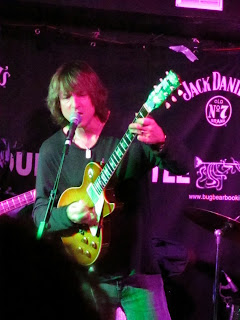 Matt Backer is a session guitarist par excellence. He has a CV that is just jaw dropping. ABC, Bananarama, in fact anyone who made a record in the 80’s will have benefited from Matt’s contributions at some point. Rumor’s another recent addition to that CV. He’s also MD for Julian Lennon and features heavily as the main guitarist in “Don’t Forget The Lyrics”. It was while he was playing with Mari Wilson when we first saw him. We also caught him when he did his debut gig for Paul Young’s Los Pacaminos, and you could see why he is so in demand.

We caught Matt a couple of weeks ago at the same venue, when he did a warm-up solo performance for this, his full band gig. It was a bonus for us to find out that tonight his drummer was Jim Kimberley from Kellys Heels/Bruise, another couple of Liverpool IPO band favourites of ours. Jim always plays a great beat and is probably one of the finest drummers we’ve seen play.

The “band”/karaoke playing when we arrived weren’t our cup of tea, and as soon as they finished everyone from the pub suddenly made their way into the music room. It became obvious Matt had brought quite a following with him. 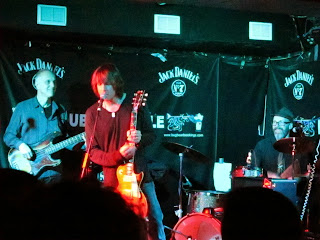 The set started with a really slow, moody, bottleneck blues song, which set the tone for most of the night. With Simon Edwards on bass, this turned out to be a great bluesy band. Matt has some really great songs of his own. “Cold War” from his first album is a fine, well observed rocker. “Let’s Art” from the new album “Idle Hands” is quite smart too.


“All That You’ve Wanted” was co-written with Julian Lennon, and if there was any justice in the world this should be a hit! Matt on-stage is very laid back, and tends to let his guitar playing connect with the audience as much as any between song chatting.

The thing with the Dublin Castle is everyone has to do a pretty short set, and Matt’s was no exception. The time just flew in and it all seemed over in a flash. The set was excellent though, and he got a well-deserved reception. It was great to see up close, such a genuinely talented guitarist. If we hadn’t seen him before this would definitely have made us realise why he was such an in demand professional . 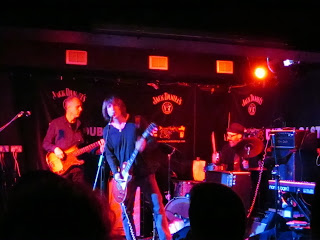 To have the opportunity to see him perform his own material was certainly a bonus. His own albums stand up well to anything he has recorded for any of the bands and artists he’s worked with in the past. Another great gig for us and an artist we would recommend to go see. 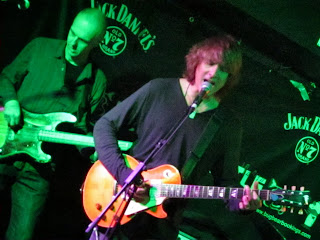 It was a surprise visit to the UK from Nelson Bragg that brought us out to that most excellent musical watering hole in central London, The Betsey Trotwood. Nelson was going to be sharing the stage with Mick Terry, who greatly impressed us at this year’s London IPO, alongside fellow singer/songwriters, Peter James Millson and Jinder.

It was good to meet up with veteran gig-goer John Etherington beforehand too. John always has a story or two to tell from the various gigs he’s been to over the years. Nelson arrived, and it was man hugs all round for one of the top social animals from Brian Wilson’s band.

The upstairs bar in this pub was a wonderfully intimate setting for a night of acoustic music.

With a stool on stage for each artist, Mick Terry kicked off the proceedings.
Nelson followed, using Jinder's vintage Gibson acoustic.
Jinder regaled us with some witty patter before his first song, and then handed the reins to Peter.

Nelson tried to show us how Jeff Beck would play guitar on stage during the Brian Wilson/Jeff Beck tour…He TRIED, but of course he couldn’t, much to everyone’s amusement.


And that was the format for the evening. It was a song each from everyone on stage. Nelson treated us to Forever Days, Death Of Caroline and the very Byrds-like Welcome to Nowhereville amongst others. 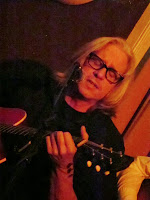 Jinder was very self-deprecating, pointing out the fact that most of his songs featured trains and death. He did a really lovely tribute to Scottish folk musician Jackie Leven. Peter finished on a really lovely song about his brother…his brother, who Peter pointed out, left before the start of this song! Mick’s contributions to the evening went down very well of course. As mentioned, we knew Mick from the London IPO and he was on top form tonight again. Throughout the whole night, the audience was completely hushed, showing total respect for these great musicians. It is really quite amazing the power an acoustic guitar, great vocals and a good song can have.

So, after an evening in which we were treated to twenty songs from the four artists, Nelson started off the finale with a tribute to Lou Reed. Each one of the singers did a verse each on “Walk On The Wild Side,” aided by the audience who sang along too. A great end to a fantastic night.

Nelson explained afterwards that he can’t stay away from the UK for more than a year…he HAD to come over for a holiday. We’re grateful he managed to fit in a couple of gigs while he was here. It was great to catch up on how great the Brian and Jeff tour was across the pond. We are living in hope that it will happen in the UK now.

It’s always been the case that anytime we go to Glasgow we seem to miss a Wellgreen gig by a day or two for some reason. So we certainly weren’t going to miss them when they came to our neck of the woods for a gig at The Boston Arms.

With Stu and Marco, who make up The Wellgreen, playing a simple set up, it is just a joy to hear the harmonies they create between them - just the two of them. Playing a mixture of songs from their eponymous debut album and the new one, Grin and Bear It, they really do know how to put a song together. The influences are easy to spot, all the B’s are there…Beatles, Byrds, Beach Boys etc, but they do have a sound of their own.

Not only do they do the great harmony thing, “Don’t Give My Number Away” being a favourite, they can rock out when the call goes up. No more so than on the brilliant “Red Light”.

The Wellgreen made way for Laura J. Martin. Laura had a very unusual set up. Using loops and pedals, her main instrument was the flute. She also used a mandolin and a melodica which all gave her a very unique and distinct sound. There was a bit of fun had during the trip down to the gig. It turns out Laura’s aunt is Barbra Dickson, and they all turned up at her door out of the blue that afternoon.

Laura comes across as being indebted to Kate Bush at times, but when she was joined by The Wellgreen later on, the sound they made was like The Velvet Undergound’s “Sister Ray,” with Laura’s flute replacing John Cale’s viola! This was very powerful stuff indeed.

Euros Childs was the front man for Gorky’s Zygotic Mynci while they were going. His experience with years of playing to audiences comes across straight away. He was a great raconteur and connected well with everyone there. We didn’t know any of his songs at all, but we were very appreciative of them. Some were very funny too. We think this reflects the nature of the man. The Beeb even had the good fortune to “win” 32p and a Motorway café receipt from Euros himself. Yes, that’s the sort of gig it was.

With The Wellgreen as his backing band, a bassist and Laura J Martin joining for a few songs, this was such a good set from someone we knew nothing about. He definitely won us over. Euros Childs certainly deserves a bit more recognition from the wider public. He puts on a really fun show and has a wealth of really good songs into the bargain.

Not that we need much of an excuse to visit Camden, but one thing was for sure…we weren’t going to miss professional Northerners, The Ace when they came to town to play the Dublin Castle.

The Ace is a terrific three piece mod/beat/psyche band that we’ve seen many times at the Liverpool IPO. There was a definite air of Paisley Pattern shirts amongst the bands tonight, and  The Ace, duly attired, were second on the bill. They always put on a high octane performance and this gig was sure to be a cracker. If you like your 60's mod beat sound, then this is a band you should not miss. The guys drove down from Leeds and were going to make sure it was worth it.


Jonny does an excellent job as front man and main singer, ably assisted by Nige on vocals from time to time. Daz on drums has to be seen to be believed. It never LOOKS as if what he’s playing actually is in time with what the others are playing, but it is! You’ll never see a more energetic man behind the drums and he would give Animal a run for his money. Crazy but good!

It was a short set, as they all are in this venue when you have multiple bands on the bill, but they put a fantastic amount of energy into what they did play. It was a pity they had to drive straight home afterwards. The band hit the heights with one of our favourites, “Oh Yeah” which has a real authentic 60’s mod beat to it with a hint of My Sharona. Blasting through their 30 minutes (which went by way too quickly in our opinion), they included tracks from their new EP Sonic Snapshots. We particularly liked “The Poet”. This is such a good song and the audience appreciated this one too.

The guys put a lot of effort into doing this gig, and they made it worthwhile for the audience as well as themselves. They got a great reception and there was a decent sized crowd tonight as well.

Can’t wait to see them in Liverpool next year already!