It's not often we get the opportunity to see Paul Bevoir doing a live show, and there was no way we were going to miss this opportunity. So into London town we headed.......

The night was the release party for The J-Pegs who were releasing their new single, and they played a storming set, and seemed to thoroughly enjoy it too. They are certainly worth checking out.

Paul and his band The Family Way filled the small stage, and we were treated to a great set of lovely melodic, pop songs, drawing mainly from songs released under his own name but a couple of The Jet Set songs thrown in too. The set included a couple of Minty's favourites, "Too Late Now" and "The Survey on Lonely Street". We were also treated to a number from his forthcoming album which was just luscious. 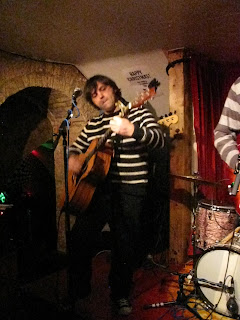 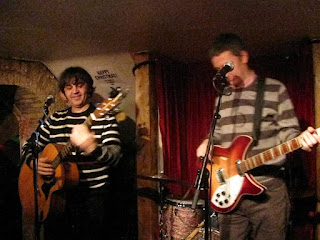 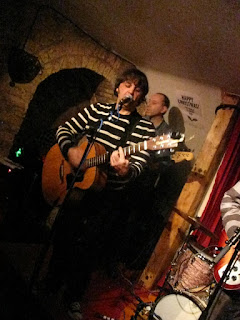