We kept our trip North of the Border a secret, so that we could surprise The Fast Camels when we turned up for their gig in Glasgow’s Stereo Club to launch their brand new album “Dead Rooms and Butterfly Dreams”. It worked well, because it seemed to be a really nice surprise for them.

There were three bands on the bill tonight, the first was The Responsible, a young band who had the jingly guitars and good psychedelic sound. There was a good reaction from the audience and got the evening off to a fantastic start.

Next up, from The Netherlands, a band we had seen in 2012 at Liverpool’s International Pop Overthrow. Steed are instantly recognisable through their white pointed boots and they powered through a great set, and really warming the audience up. 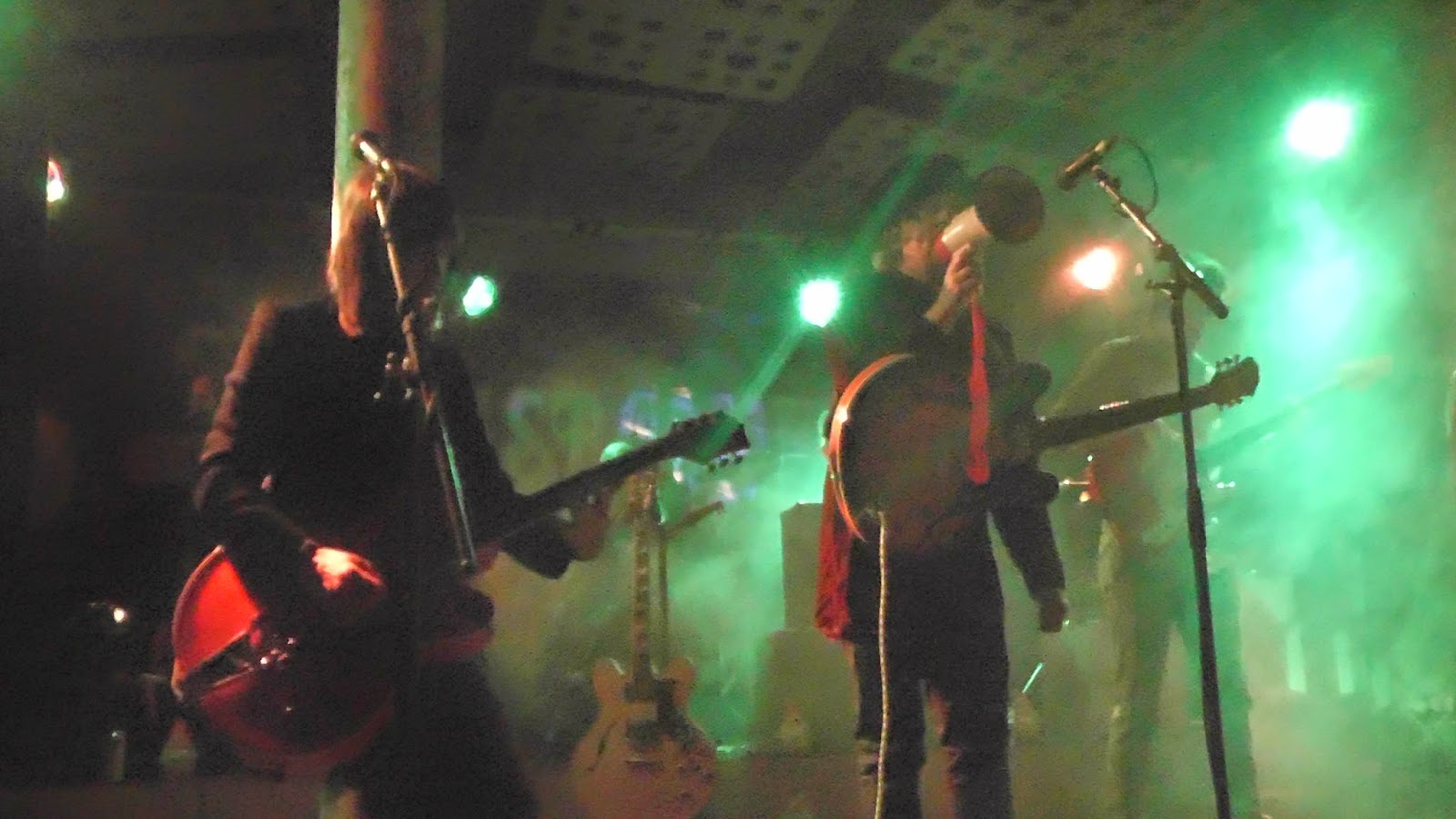 Then, the band we had travelled the 400 or so miles to see, The Fast Camels who had total command of the stage and the audience from that point on. Their second album has been eagerly anticipated and it was great to have the opportunity to have been there for the launch gig.

What we got was an hour of brilliant psychedelic pop, with not only songs from the new album but some of the material from their first album too, such as “Like A Magic Optician” and “Der Nazi Tea”.

Drew Sturgeon and Mark O’Connor craft their songs so well, talking you on an adventurous journey of different tempos and sounds through each song. The set kicked off with the opening two songs from the new album and from there no-one looked back. There was a technical hitch with Alan on keyboards microphone and they had to restart their classic “Der Nazi Tea” at the end of the set, but even with those tiny glitches, their set went down a storm, the mix was right, the vocals sounded great and the keyboard with a 60’s Standells sound and the drums really shone through. The drummer really beats the skins, using a tom more than the snare which just adds so much to the sound of this band. 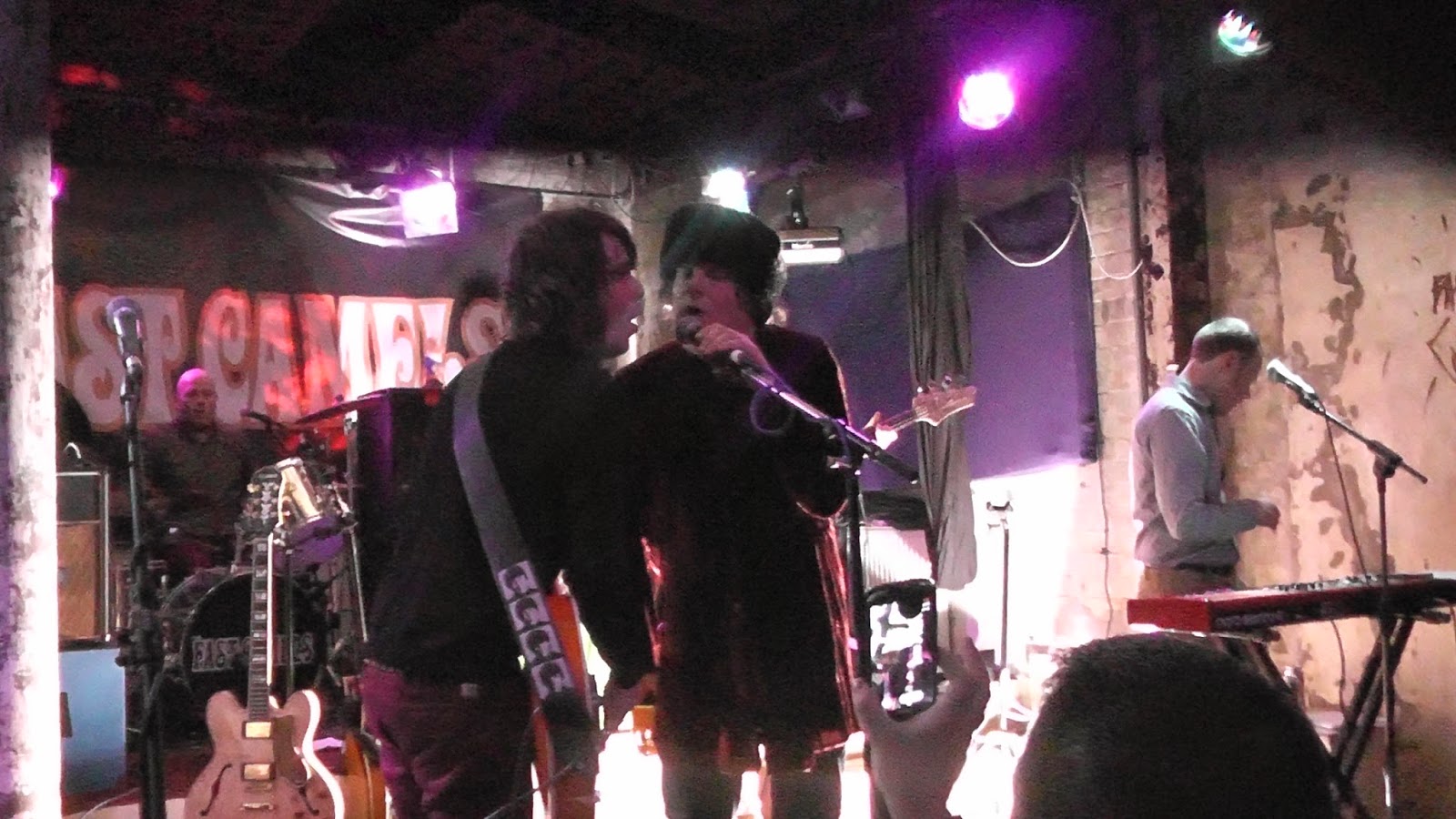 Although “Penny Pinching Debt Collector” is a “new” song, appearing on the new album, it is a firm favourite of ours as we have seen the guys play it a few times at the Liverpool IPO in the last couple of years. This song has all the ingredients of great psychedelia, taking you on a great roller coaster ride of sound. Other highlights of the gig were “Ken’s Sad Vice” with lead vocal from Keyboardist Alan, which has the really catchy hooks and chorus (and a great video on YouTube) and guitarist Mark O’Connor singing the lead on “My Little World”. A special mention has to go to “Golden Greeter” though. A funny tale about a former colleague. 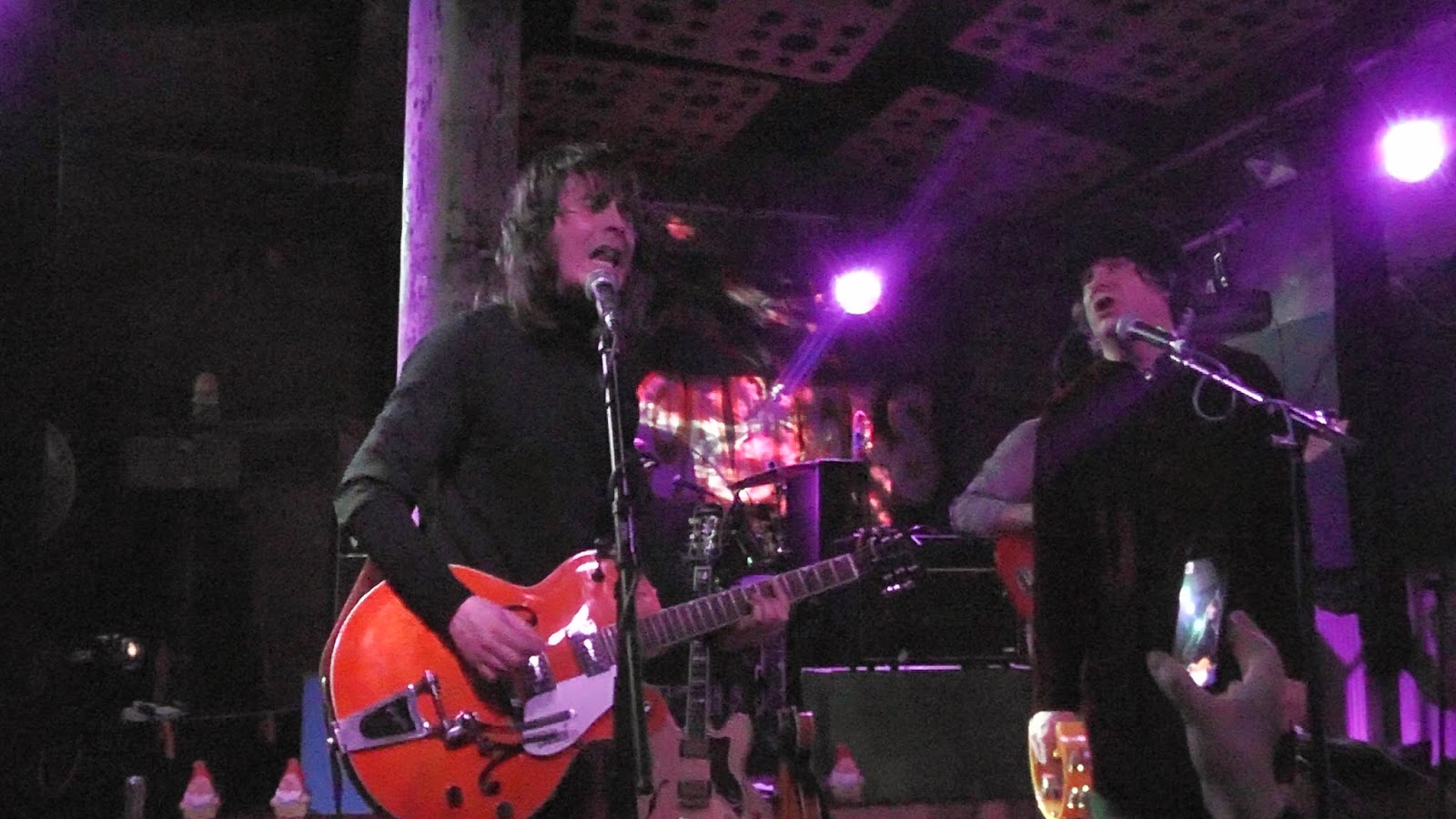 The final song of the night was a group effort with Steed and The Responsible (and some of the crowd) gathering around the Fats Camels on stage and they finished with a great version of The Animals “We Gotta Get Out of This Place”.


This is one of our favourite gigs of the year, and we can’t wait to see them play again this week at Liverpool’s 2014 International Pop Overthrow and a gig in London as part of the “What’s Cookin’” series of gigs in June.